Movies 8 Has Left the Building 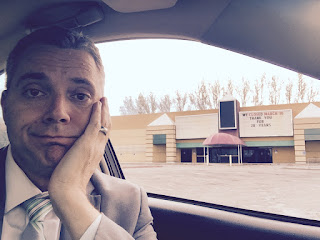 If you don’t live in Provo, Utah, or never have, then this landmark might need a small introduction.

This is Provo's discount movie theater. It’s like a holding cell for movies, after they’ve enjoyed their standard run at the theater, but before they are released for home theater viewing. It’s a warm welcome, as far as holding cells go. “Here, La La Land, put your feet up. You must be exhausted after that long run at those upscale, prestigious theaters. Rest a bit. And don’t forget, you get one phone call.” Of course, during its one phone call, you’d find La La Land yelling at the theater, which is always full of chatty teenagers, “SHUT UP! I can’t hear anything with all your yapping!” And trust me, La La Land has a point.

You’ll notice the sign says, “Thank you for 28 years.” That means this theater was born in 1989. I remember. I was here. My freshman year at BYU was fall of 1989. This theater holds more memories, and more of my dollars, than I care to admit. 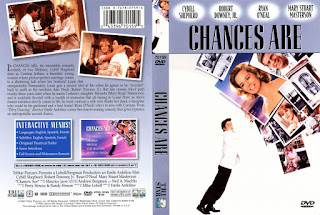 In 1989, my parents flew out to BYU with me, to drop me off and help me get settled. The night before they left, we went to dinner, and then went to a movie at Movies 8. We saw Chances Are, starring Robert Downey Jr. (You guys remember Robert Downey Jr.?) I remember my dad saying, “Three for Chances Are.” And the lady behind the glass saying, “Three dollars.” I had never heard of a discount theater, and my mind exploded. “THREE DOLLARS?! Cancel my contract at the freshman dorms, I’m living HERE!”

And I pretty much did.

You will never have an easier time finding one dollar and two hours than you will your freshman year of college.

“Dude. What are you doing?”
“Homework.”
“We’re going to see Bill & Ted’s Excellent Adventure. You in?”
“Of course. I haven’t seen it since last night, when I also had $1 and two hours to spare.”
“Sweet.” [Exchange of high-fives.]*
(*Based on actual events.)

My friend, Jim, and I had a Friday afternoon Psychology class my freshman year. We both learned quickly that Friday afternoons are no time for college psychology classes. The grade was mostly based on attendance, so we would go to class, sign the roll, and then leave for Movies 8. And we would watch whatever was playing next. It was like movie roulette. Sometimes we won – Uncle Buck! But usually we lost, including an unfortunate viewing of a festering turd called Ski Patrol. 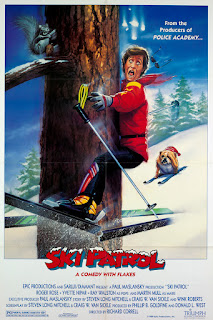 One afternoon my friend Ty and I went to buy tickets to a movie that night for us and our dates. Dead Poets Society. But since we were already there, and our dates weren’t until later, Ty thought it would probably be a good idea to see something right then, as well. Something our dates would be less interested in. Count yourselves lucky if you’ve ever had a friend as smart as Ty, you guys. “Two for License to Kill, please.”

Movies 8 was the backdrop to many significant life lessons and rites of passage moments for me.

I learned about second chances. For example, when I took my date, Melissa, to see Weekend at Bernie’s, and at the end of the night, she still agreed to a second date. A date where she would choose what we would be doing, but still, a second date!

I walked out of my first movie, ever, at Movies 8. Airheads. So incredibly inane, our whole group unanimously looked at each other, stood up, and marched out. No words were spoken. The movie didn’t deserve our words. But if that movie still wants to apologize for stealing those 32 minutes from us, there’s no statute of limitations.

You may already be aware of my feelings about hand-holding at movies (I’m for it! You can read about them here), but if these soon-to-be-torn-down walls could talk! Once, during a viewing of The Abyss – the scene where Mary Elizabeth Mastrantonio has to drown so Ed Harris can pull her to the station and then revive her! – my date and I skipped the entire timid-phase and immediately clasped each other’s’ hands, held them to our hearts, and stopped breathing. Then our hands just sort of stayed locked the rest of the movie. [Swoon.] Of course, another time, at the beginning of a relationship, my date kept bumping my elbow with her hand, and I kept apologizing and shifting in my seat, only to realize after the third time that she was trying to stealthily hold my hand. In my defense, I was entranced by another brilliant performance by Robert Downey Jr. (you guys remember Robert Downey Jr.?) in the magical and under-appreciated, Heart & Souls. 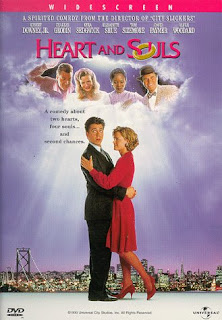 My most memorable moment? Katie and I had been dating regularly, though not exclusively, and things were … changing. Feelings were developing, though I, for one, was pretty ineloquent in trying to articulate how I felt about her and what direction I thought we were going. She was being a little bit vague as well. We were at Movies 8 one night, taking in a viewing of Only You, starring Marisa Tomei and Robert Downey Jr. (You guys remember Robert Downey Jr.?) At the end of the movie, I looked over, and Katie had tears running down her cheeks. She took my face in her hands and kissed me. I was a little caught off guard. “Are you ok?” I asked. “I’m in love with you,” she said, softly. “Then I’m super glad we chose this over Clear and Present Danger,” I said. 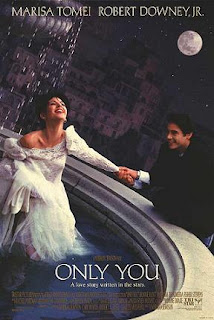 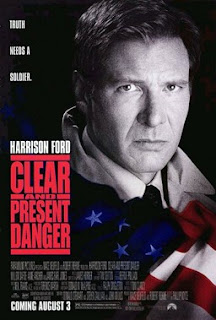 When we moved back to Provo a few years ago, I was so excited to be near Movies 8. For taking a family of 10 to the movies, a discount theater is the way to go.

It’s different now. In 1989, there were no stadium-seating theaters with such amenities as food being brought out to you by a waiter, and no lounge chairs that are essentially beds. The full-price theaters looked and felt precisely like the Movies 8 discount theater. They were all the same. Also, the lag time between when a movie left the regular theater and was released on video was much longer. Now, by the time a movie comes to a discount theater, it’s pretty much released on video at the same time. Sure, I could take my family to the movies for $10. OR I could rent it on-demand or Redbox it for $1 and watch the movie on my couch, with my own personal waiter* bringing me food while I lounge. (*Usually Roxanna, my 13-year old daughter who bakes amazing cookies.)

I feel like I haven’t shown the proper level of attention to Movies 8 since I moved back here. Like, I haven’t been going weekly, or twice in one day … and I’ve never ditched a psychology class on a Friday afternoon to go see Encino Man. But with Movies 8’s closing, I think I’d like to honor it by carrying on its legacy. Therefore, I will open my home to the public and be charging $1 admission to come watch movies at my house. I’ll provide my chatty teenagers for ambiance, and I’ll see if Robert Downey Jr. will come to my grand opening. (You guys remember Robert Downey Jr.?)