To My Friend, Alyn Beck 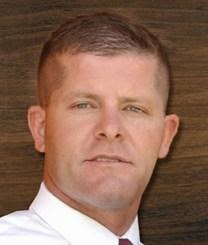 On Sunday, June 8th, my good friend Alyn Beck was killed in the line of duty. Our families had been friends for 12 years. In fact, Alyn taught my son, Garren, to waterski. He also taught my daughter, Abbie, how to shoot. He taught me that you can be strong enough to bench press a school bus and still be a gentle soul.

Alyn’s death garnered national attention, and the story is very public and widely known. You can look up the details on the Interwebs, if you aren’t familiar with the tragedy. But if you want to know the thoughts of his family - if you want to feel compassionate, sad, wounded, uplifted, hopeful, heartbroken, and pulled upwards - Alyn’s wife, Nicole, started a blog where she has chronicled her experience. You can find it here: Trying To Be AlynStrong. 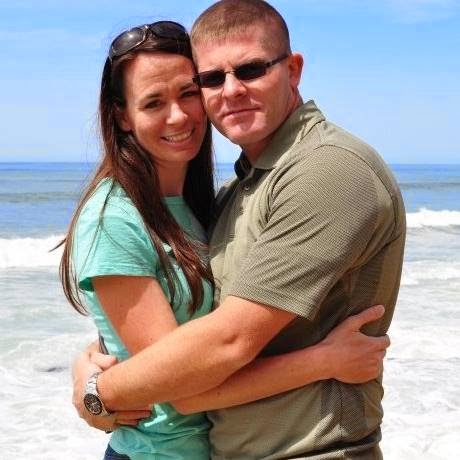 I love Nicole. She is one of the strongest individuals I’ve ever known. She has immense faith. She is genuine. She is a loyal cheerleader to her friends and family. She is so very conscious of others. The decision for her to share her story was not something she was naturally planning to do. She is private and protective. But her experience is so much in the public domain, she felt impressed to do so. (I think she still goes back and forth on this; so if you are interested in reading, you may want to take that opportunity sooner rather than later.)

This is the Beck’s experience, and I am careful not to discuss anything above and beyond what Nicole shares. But I do have just a few personal memories I wanted to write down, to pay tribute to my friend and to the Beck family.

First, the day it happened. I started getting texts from a number of friends in Las Vegas that Sunday afternoon. Like anybody else who loved the Becks, I just wanted to be in their living room and somehow ... do ...  something. I felt helpless. I just paced around my house.  Having moved to Utah and being a state away made me feel even more useless. I was restless that night, prayerful for Nicole and her family. Still in denial, really. Being physically separated by miles made everything more surreal and easier to not process or face.

It was Monday evening when I got a phone call from a dear friend of mine, Nicki, who also happened to be a close friend to the Becks. She told me that she’d just come from Nicole’s house and Nicole asked if I would write Alyn’s eulogy.

And that’s what broke me.

I just started crying. It was more than the reality of what was happening. It was this response to an unuttered prayer. I was unsure of how to do something for the Becks that would demonstrate I was thinking of them, that I cared about them, that I loved them, that I wanted to be there…and it was as if Nicole simply said, “Here. Here is a way.” I was humbled and honored and overwhelmed and grateful. What a sacred privilege.

I won’t post the entire eulogy, but here are the last few paragraphs.

Alyn took great pride in his commitment to public service. He was brave and dedicated; a courageous soul who loved freedom and liberty. He was a man who worked diligently for the welfare, safety, and interest of others. He was a protector and defender of our homes, our property, our neighborhoods, and our lives.

Of even greater consequence, Alyn was a keeper of an oath he made as a disciple of the Lord Jesus Christ. Alyn had a profound faith in the Savior, and as such, his character elevated those around him, inspiring them to choose a better way. He was an example of someone who lived by his spiritual convictions and knew what mattered most in life. As observed by many, Alyn was fiercely loyal to his greatest friend and cheerleader – his wife, Nicole. He was an attentive and devoted father to his son, Daxton, and daughters Avenlee and Katriann – who at nine months old, held her dad in the palm of her hand.

He touched many lives. He saved many lives. His dedication was unshakeable. His course was unswerving. And his compassion was unending. Alyn was true to the cause of creating a better, safer and more secure life for everyone. He never wavered. He always went the extra mile. He will be remembered lovingly for his many kindnesses, his wonderful sense of humor, his extraordinary intelligence, his deep spirituality, and his profound testimony of and devout love for his Lord and Savior Jesus Christ.

I also wanted to quickly share two experiences I had with Alyn, which happened in the presence of nobody else, and I’ve kind of held them close. They aren’t especially unique, if you know Alyn, but they are mine. I mostly wanted to share them with Nicole.

So, our stake was doing a community-wide service project one Saturday. Alyn and his son Daxton were working with me and my son, Garren, to make some updates to the high school’s baseball field. The next day, at church, I texted Alyn.

Me: Alyn, it was great working alongside you yesterday. You're a good man. I appreciate your friendship. Also your wit and work ethic. And thanks for having a son who is a good friend to Garren. I really appreciate your family. Thanks for all you do.

See, I’m a bit of a gusher. Alyn is not. Alyn’s response?

HA! That made me L right OL. He texted right back again, with some warm and kind words. But I loved that he saw the opportunity to make the funny, and that he knew I’d get it. I love that part of Alyn.

My other favorite memory of Alyn was also at church. It was my privilege to be Alyn’s bishop for a time. I once asked him if I could meet with him after church, to ask him to serve our ward in a new capacity. He had been serving in the Sunday School Presidency, and he really enjoyed it. He wasn’t eager for a change. He reluctantly came into the bishop’s office and, because we were also friends, he very informally said, “Ah, man - I don’t want a new calling.” Sensing he wasn’t thrilled, and wanting to play along, I responded, “Well, Alyn - I was just hoping to call you as the Ward Ninja.”  He gave me this very faux-stoic game face and answered, “I accept. And we shall never speak of it again.”

And we never did. Which means nobody else ever knew about it. Which means even after I moved, Alyn was not released from his calling. Which means that now, next year, and forever more, Alyn will be the Elk Ridge Ward’s Ward Ninja.

That seems like a perfect assignment for him. There was something so comforting and reassuring knowing Alyn Beck was on your side. I never called him for help but that he didn’t come running. That’s how you knew he loved you. A good man, who I was privileged to love like a brother. I will miss him until I see him again. And I know I will.

For those who haven’t seen it, Alyn’s funeral services were publicly broadcast. Here are a few of those moments that left lasting impressions on me.

1) One of the men I admire most in this world, President Tracy Truman, paying tribute to Alyn and teaching the doctrine of the resurrection.


2) Elder Terry Wade, an area seventy in the Church of Jesus Christ of Latter-day Saints, teaching of a Heavenly Father's love, the Plan of Salvation and sharing a letter written to Alyn, by his beautiful daughter. I recommend watching it, but if you just want to read one of the most powerful testimonies I've ever heard - here are the words from the letter written by Alyn's 11-year old daughter, Avi, the night her dad passed away.

Dear Daddy,
I love you. I’m going to miss you a whole bunch. I can feel you here with me though. I know that I will see you again though because you were married in the temple. Don’t worry, I’ll take care of Mommy for you. I know you always say that. I wish that I could have said goodbye to you. I will always be thinking of you. I’ll see you in heaven! I think that this is just one of those trials for our family to get stronger.
Love,
Avi
P.S. I love you so much.


And to Nicole, I share a quote that has probably already been shared by everyone you know:

In the gospel of Jesus Christ you have help from both sides of the veil, and you must never forget that. When disappointment and discouragement strike--and they will--you remember and never forget that if our eyes could be opened we would see horses and chariots of fire as far as the eye can see riding at reckless speed to come to our protection. They will always be there, these armies of heaven, in defense of Abraham's seed.” ― Jeffrey R. Holland, Created for Greater Things