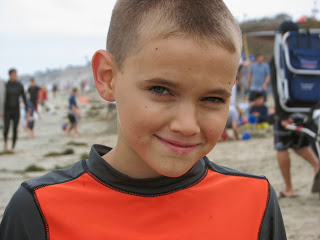 My 14 year old son, Garren, following in his dad's footsteps, recruited two of his friends, and they started a blog.  They named it G.A.S. It's the first initial of each of their names. I should point out that the two other friends are of the female persuasion. How he convinced them that GAS would be a good name for their blog is beyond me, and I can only fathom that the word means one thing to him (re: bodily function) and something entirely different to them (re: something a car needs).

He is guest posting for me today.

Pretty Much My Most Favorite Thing EVER.
by Garren Craig Well, it's at least my favorite fast food.  Well, that and Tommy's.


But the best food experience I've had, was on my twelfth birthday.  My parents took me and my sister, Abbie, to Del Frisco's. 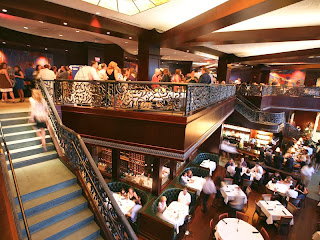 Del Frisco's!  Only one of the fanciest restaurants in Las Vegas!  There is a dress code to get in!  This place was pretty darn fancy! 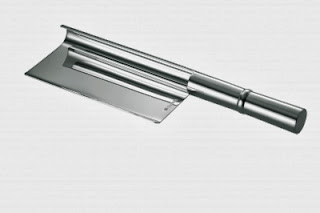 Yes.  They really did have these crumb tools.


Anyway, we start out the meal with bread, and salad.  I'm eating the salad, and the waitress lady, (there were like 12 waiters/waitresses waiting on us), came over, and in a high pitched little girl voice says "Fresh ground pepper?"  I have my mouth full of salad, so I just nod.

And then these two guys bring out the pepper grinder.

Is is just about six feet long.

One guy holds it up to my salad, the other guy cranks the handle.  Ever since that day, every time we have something with pepper, me and Abbie will say to each other, "Fresh ground pepper?" in that annoying three year old girl voice.

After the salad, they brought out the food.  I had a steak.  It was the best steak I've ever eaten!

But all those things are nothing compared to the bathrooms.

The bathrooms were surprisingly the fanciest part of the restaurant.  I walk in there, and there is a guy cleaning the mirror.  Like, they always have a guy in there, just cleaning the mirror.  But that's not the half of it.  On the counter, there were mints.  Breath mints.  Tic-tacs.  But that's not all.  There was cologne.  There was freakin cologne in a bathroom!  Just sitting there.  For people to use.  So when I'm done using the bathroom, the window guy has walked out.  So I'm like "why not?"  I use the cologne.  I go back out to our table smelling like someone filled a gallon bucket with Axe Body Spray, and then dumped the whole thing on me.  I wasn't very good at putting on cologne.  I put on so much, the waiters stopped coming over to me to offer me pepper.  I smelled so strong I bet the people at the next table were like, "Oh Gertrude! Look at that boy. He's soaking wet with cologne.  Can you smell it?  Take a video with your iPhone5!"