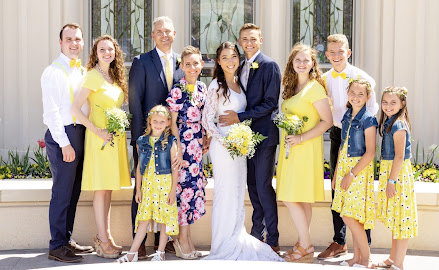 Somehow, almost poetically, Katie is out of town over Father’s Day. Leaving me to get a very clear and accurate sense of my fatherhood prowess.

Is there a way to measure your dad-ness?

Like, as an employee, at work, you get a raise or a promotion. Or fired. In a relationship, you love spending time together, even doing mundane things – or you even have that more visceral “gaze factor,” where you are looking at each other and you know you’re seeing your whole world. Or you get fired.

I can tell you that for me, like most of life, these things are measured in the small, little moments (cue Rob Thomas’s Little Wonders). Not that you can total them up and if your ledger is in the black then you’re a good dad. “Oh, look, I am 51% nailing it – my kids are so fortunate.” Each moment stands on its own, and I suppose I take stock in the times when I sense that my kids feel loved. I certainly notice when I feel loved, too.

I feel loved when Abbie walks into a room I’m in and no matter what else is going on, she comes over and rests her head on my chest and hugs me. Or like when Garren invites me to come play racquetball with him and his friends, knowing (or hoping?) that I won’t embarrass him. Or like when Connor was neck-deep in the doctrine and principles of all things Marvel Universe and he left a note for me on my bed that said, “Dear Dad, you are my favorite superhero.” Like when I come home from anywhere and Hillary (age 7 and keeping me young), will scream, “Dad!” and come running to hug me. And like every time one of my children says, “Dad, can I talk to you?” because they know I’m on their side, in their corner, and love them so ridiculously much that their problems are my problems. And that I’ll even usually put my phone down to talk to them! Those are all moments of success to me.

I don’t think I need to assure you that I have a bumper crop of Parenting Fails, as well. Like the time somebody called our home and one of my little kids answered it and just put the phone down without telling Katie or I, so my friend on the line could overhear me lecturing one of my kids for a world-record amount of time. The time one of my kids was in tremendous pain and crying about their stomach so persistently that I began to wonder if it was appendicitis and took them to the ER to find out that it was absolutely nothing – and instead of being relieved, I thought to myself, “Well, you little punk, your little tummy-ache just cost me $1,500.” Or the time my daughter went through a major break up and I thought she might enjoy watching 500 Days of Summer together. Or every time I buy Little Caesar’s Pizza, which is for sure slowly killing all of us, slice by slice.

For the sake of time – and so that you can get to your Father’s Day Nap – I’m going to share three moments on my mind today: A time I nailed it, a time I completely failed, and a time it could have gone either way. I’m a little embarrassed to share these, as they are close to my heart and not exactly flattering. I realize nobody is forcing my hand, here. I guess I just feel like sharing, if you feel like listening.

In May 2017, U2 was touring in support of their 30th anniversary of The Joshua Tree album. The album of my youth … and pretty much every year since my youth. I had raised my children on this album, and they knew every song. This was “our band.” The closest concert to us was in San Francisco, at Levi’s Stadium. And with the help of my brother, we secured general admission tickets and were standing directly in the action for one of the most incredible concert-going experiences of my life and theirs. There were literal tears. This was logistically complicated, financially irresponsible, and an incredibly difficult feat to pull off. It was effort-full. But it was amazing and absolutely worth it. It was a memory that my older kids will always keep. 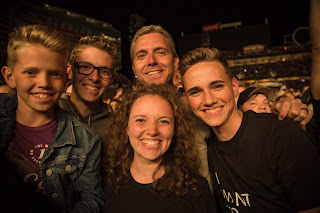 Years ago, when Becca was 3 years old, we piled into our 12-passenger van and drove to the other side of Las Vegas for an event. It was a hectic day and we were scrambling and actually arrived to our event late. I started hollering out commands before we even parked – to “grab your things” and “make sure you are fully dressed” (summer in Las Vegas leads to various levels of undress when you’re in a car). We parked and climbed out of the car like we were firemen running to a fire. We sped into the event, found our seats, and began to catch our breaths … when after a while, an internal alarm went off, and I did a headcount. We were down a child. After a moment, I realized Becca wasn’t with us. I made eye-contact with Katie and with my shoulders shrugged, mouthed, “Where’s Becca?” Katie’s face immediately matched mine, and my stomach sunk.

It is generally a group effort when we go anywhere – to grab the necessary props and to help younger kids get unbuckled from their car seats and get shoes on, etc. But in the bustle of not being any later than we were, it had become an “every man for himself” situation, and it dawned on me that of course Katie would be attached to the baby (Lucy) and it was assumed by the rest of us that “someone else” would help Becca. It should have been me. Whenever there’s a baby, Katie is attached to the baby, and I am assigned Former Baby duty, watching over the next youngest who still wants to be attached to Mom, but it’s now somebody else’s turn.

I sprinted from the building to the van faster than any human has ever run anywhere. I ripped open the side-door of the van, frantic. Becca’s head whipped around to meet my eyes. The sound of the door being yanked open had startled her. She had fluids running from every orifice of her face, but she had passed the point of crying and was now doing that thing you do when you’ve finally stopped crying and your entire body is hiccuping. (This memory pains me so much, I am sincerely crying again as I write this, and it’s been 10 years.) She started crying again and in this apologetic tone, said, “I had an accident. I wet my pants. I was crying and crying for you, Dad. But you didn’t hear me.” Is there anything more painful than a child – at any age – telling you that they needed you – that they cried for you – but you didn’t hear them? There. Is. Not.

Fumbled but Stuck the Landing [My apologies for mixing sports metaphors]

Some years ago, when Tanner was 10 years old, there was a morning when he was particularly pushing my buttons. Our neighbors, an elderly couple, had called and asked Katie if we could send a couple of our kids over to help in their garden for an hour or so. No, we don’t live in Mayberry, but isn’t that the sweetest thing? Doesn’t that take you back to a simpler, gentler time? Well, 10-year-old Tanner was unmoved by the request. Katie had asked Tanner and a couple of his sisters to go help. Tanner flippantly said, “I’m not doing that,” and walked off. Katie let Tanner know that yes, in fact, he was going to do that. He still refused. I firmly told Tanner, “Look, your mom has given you ‘an instruction,’ and you don’t have a good excuse for why you can’t help – so you’re going over to help.” He walked off. A few minutes later, the girls were on their way out the door and called back, “We’re going over to the neighbors to help in the garden.” “Is Tanner with you?” I yelled back. “No,” said Roxanna, “He’s in his room. He said he wasn’t coming to help.” This blew my mind. What, in the name of all that grows in a garden, did he think he was doing? And on a morning when I was already out of sorts? He picked the wrong day to draw this line in the garden sand.

I marched up to his room, making the loudest footsteps I could to communicate my disbelief and fury, and kicked open his door as I raised my voice. “Get your shoes on and get over to the neighbors – NOW.” He didn’t jump up and with the speed of a cartoon character to run past me and out the door to the neighbors … but he didn’t roll his eyes either. He moved reluctantly, but he moved. This didn’t temper me. I watched him walk out the door and I updated Katie and told her, “When he gets back, he and I are going for a little drive so I can talk to him more about this.”

I know this entire scenario seems like the smallest of infractions. He hadn’t lied or hurt anyone or stolen something or anything like that. He just copped a huge attitude and he seemed pugnacious about the entire situation. And oh, you guys, I was cooking up a Grade A lecture for him. When he got back from helping the neighbors, I was going to give him the business.

Tanner walked in the door with his sisters, came right up to me, hugged me, and said, “I’m sorry I had a bad attitude earlier, Dad. I’m glad I went. I feel really good about helping.” Isn’t that exactly what you’d want to hear? Oh, but it was too, too late for my sweet boy. I was not about to let my lecture go unused. “Go get in the car and let’s go for a drive,” I told him.

We drove down the road a bit and I pulled into Ripples, for ice cream shakes – because maybe I needed to teach my son a lesson, but I’m not a monster, you guys. Everything goes smoother with ice cream. We sat down on a bench outside, across from each other. I was seconds from launching into my tirade when I heard a voice so clearly and so directly, I will never forget it. It said, “Praise your son. Praise your son right now … or he will lose confidence in you.” I didn’t know what that meant, exactly, but I knew it wasn’t good and it wasn’t what I wanted.

“Tanner,” I started, “I want you to know how much I love you. And I want you to know how important and valuable you are to our family. Your influence in our family is part of what makes us who we are.” And I watched tears suddenly stream down my little boy’s face. Tanner is the fifth of eight children. Maybe he needed to feel seen or understood in that moment – or more often. Maybe he needed to know that apologizing for a bad morning is easily met with forgiveness. Maybe he needed to know his dad thought he was pretty amazing and important. Maybe his dad needed to recognize how blessed he was to be Tanner’s dad.

Happy Father’s Day to all the dads out there who are nailing it, failing it, and fumbling along the way. What a gift, to be a dad. What a wonderful, heavy, hilarious, exhausting, beautiful, inspiring, heart-wrenching gift. 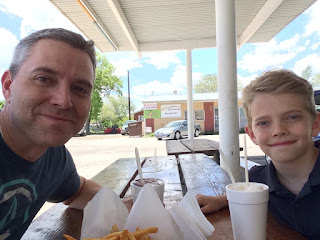 Yes. I took a photo of the moment. I didn't want to forget it.